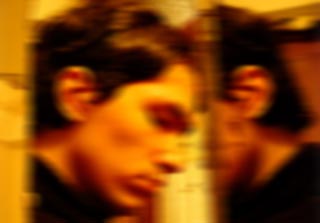 Panic Disorder (PD) is a common anxiety disorder that affects approximately 5% of the adult population and 10% to 15% of children and adolescents.  Because of the high prevalence rate and physical manifestations of Panic Disorder, there is a great economic cost to society resulting from frequent absenteeism, loss of work productivity, substance abuse, and recurrent visits to emergency rooms.  In children and adolescents, diagnosing Panic Disorder can be complicated by other presenting problems such as Attention Deficit Disorder with/without Hyperactivity and mood disorders.

Panic Disorder (PD) is a debilitating psychological and emotional disorder that is marked by a heightened sense of anxiety or panic7,17 – panic attack.  Panic attacks (PA) are marked by the sudden, and without warning, occurrence of at least four of the following symptoms:  (a) shortness of breath or smothering sensation; (b) dizziness, unsteady feelings, or faintness; (c) palpitations or accelerated heart rate; (d) trembling or shaking; (e) sweating; (f) choking; (g) nausea or abdominal distress; (h) depersonalization or derealization – a feeling that the sufferer’s body or environment, respectively, is not real; (i) numbness or tingling sensations; (j) hot flashes or chills; (k) chest pain or discomfort; (l) fear of dying; (m) fear of going crazy or losing self-control. To qualify for a panic attack, the symptoms cannot be attributed by the individual to situational stimuli and the panic attack must peak within ten minutes.  Those who experience panic attacks feel a sense of extreme danger and doom and experience a strong fight or flight response.17 The panic attack may be interpreted as sign that the person is dying and that the symptoms are indicative of underlying and undiagnosed physiological problems.3

Panic attacks often are triggered by sudden bodily sensations (e.g., heart pounding, muscle twitching, or hand shaking).10  Individuals with Panic Disorder associate these internal physical sensations with over-exaggerated fear of catastrophe such as having a heart attack, going crazy, or social embarrassment.3,9,13  At other times, however, the source of a panic attack can be triggered by external stimuli such as mild ground vibration.13  Without looking for the source of the ground shaking (possibly a trash truck collecting trash), those with Panic Disorder may interpret the event as the beginning of a major earthquake.13

After the first few panic attacks, those who eventually develop Panic Disorder begin to have intense worry about the next time an attack will occur.14,17  Oftentimes, as a result of multiple experiences with panic attacks in certain situations and places, agoraphobia can develop.  (Agoraphobia is characterized by fear of public places or situations when opportunity to escape would be minimal or unlikely.17) Many people who suffer from Panic Disorder and Agoraphobia may become prisoners in their own homes for long periods of time, believing that certain places or situations could trigger panic and avoidance of these places and situations would minimize the occurrence of their panic attacks.5,11

Experiencing a panic attack does not mean that a person suffers from Panic Disorder.5  To be diagnosed with Panic Disorder, a panic attack must be followed by at least a month of recurring concerns of having another attack, fear that the panic may be indicative of underlying physiological problems and/or repercussions of the panic attacks, and changes in behavior as a result of the attacks.1

Panic Disorder in Children and Adolescents

Panic Disorder had been thought of as a disorder affecting only adults whose first panic occur during early adulthood.12  Recent research with adolescents and prepubertal children, however, have contradicted this initial belief.9,15,16  It is now estimated that Panic Disorder affect 10% to 15% of the children/adolescent population.9

What complicates the diagnosis of Panic Disorder in children and adolescents is the existence of other psychological, emotional and behavioral problems common in this population.  These include Separation Anxiety Disorder (SAD), Generalized Anxiety Disorder (GAD), Attention Deficit with and without Hyperactivity Disorder (ADHD), Obsessive Compulsive Disorder (OCD), and Oppositional Defiant Disorder (ODD). 8,9

Interventions:  Psychopharmacology (Medication) in the treatment of Panic Disorder

In acute stages of Panic Disorder, and when fast relief is required, the group of benzodiazepine medications has been found to be most effective.6  The most commonly prescribed to alleviate symptoms of panic attacks are alprazolam (Xanax) and clonazepam (Klonopin).4  However, side effects of benzodiazepines include high rates of tolerance, impaired short-term memory, sedation, loss of control of body movement, and, when discontinued, withdrawal symptoms.4,6

Selective serotonin reuptake inhibitors (SSRIs) are antidepressants that work to decrease the reactivity of serotonin receptors in the brain by blocking the reabsorption of serotonin back into the synapse, and increasing its presence in the presynaptic region.18  It has been found that newer SSRIs fluoxetine (Prozac) and fluvoxamine (Luvox) are safer in case of overdose.4  However, restlessness, insomnia, rash, central nervous system stimulation, headache, sedation, impaired memory, weight loss, impaired motor performance, anxiety, seizures, tremor, excessive perspiration, nausea, vomiting, abdominal pain, diarrhea, sexual dysfunction, and precipitation of mania are all possible side effects.4

Another group of antidepressants that is commonly used for treatment of Panic Disorder are tricyclic antidepressants (TCAs).  These medications have been shown to reduce the severity of symptoms during panic attacks, decrease the number of panic attacks, and have contributed to clients’ overall quality of life.2

Interventions:  The Role of Psychotherapy in Treating Panic Disorder

Psychotherapy is a necessary component of the treatment for Panic Disorder.  Among the different forms of psychotherapy, Cognitive Behavior Therapy has been found to be effective.  Cognitive Behavior Therapy (CBT) works by changing and restructuring the irrational beliefs and misinterpretation that individuals with Panic Disorder attribute to bodily sensations and/or external triggers to panic attacks.11,13 In addition, relaxation and breathing techniques, imagery and in vivo exposure (IVE), virtual reality exposure (VRE), and cognitive restructuring are used in guiding clients to replace panic-provoking misinterpretation of internal and external stimuli with thoughts that are more reality based.13,18

Panic Disorder is a debilitating condition that afflicts people of all ages.  Ignored and without intervention, Panic Disorder can lead to social paralysis with the sufferer withdrawing from situations and locations perceived to trigger panic attacks.  Furthermore, frequent absenteeism, loss of work productivity, substance abuse, and recurrent visits to emergency rooms lead to financial loss.