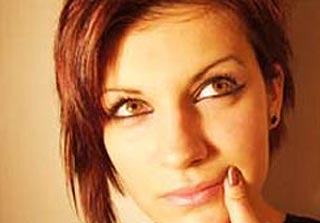 Just what is the difference between a psychiatrist, a psychologist and a psychotherapist? In conversations with non-therapists, I have noticed that many, if not most, often use these titles interchangeably, albeit incorrectly, to describe a person who works in the field of psychology. This article attempts to shed light on the differences and similarities between these fields of psychology and, thereby, arming those who are contemplating receiving services to make the right decision.

Psychiatrists are medical doctors whose practice focus is on the biological foundation of behavior, e.g., attempting to determine how certain neurons affect behavior, the function of specific brain areas, and medication(s) that help control particular behavioral problems such as depression (depressive disorder), schizophrenia, bipolar disorder, etc.

Brief history: although humans have always been curious about how the mind works and its influence on behavior, it was not until 1879 that the first psychological laboratory opened. In its infancy, psychiatrists had been the driving force behind the field of psychology. In the early days, “psychiatry” and “psychotherapy” (or therapy for short) were synonymous.  Back then, psychiatrists such as Sigmund Freud provided services as clinical psychotherapists by taking active role in helping clients/patients overcome maladaptive behavior through talk therapy. Today, however, psychiatrists are seen mostly in “lab coats” providing prescription(s) that help alleviate symptoms of psychological disorders. While there are still a few, psychiatrists are now rarely seen as providing talk therapy/psychotherapy. That responsibility has been left to psychologists and psychotherapists.

Unlike psychiatrists who view and approach behavior from the biological perspective, psychologists are concerned with human behavior from the environmental lens (political, economic, and family structure/dynamics).

Training: psychologists have attained one of two degrees: Ph.D. or Psy.D. and are addressed as “Doctor.” However, psychologists are not medical doctors. While there are movements in some states to allow psychologists to prescribe medication for some mental health problems such as depression, that is not yet the case.

In practice, psychologists often can be seen in the field of research, on college campuses as professors, and in clinical settings. Because of their extended training, only psychiatrists and psychologists are licensed to conduct and interpret psychological tests such as IQ tests, the Minnesota Multiphasic Personality Inventory (MMPI-2), 16PF, Millon Clinical Multiaxial Inventory-III (MCMI-III). and Rorschach Inkblot Test.

Unlike psychiatrists or psychologists whose titles are universal — either one is a “psychiatrist” or a “psychologist” based upon the education as discussed above — psychotherapists use their educational background as their title.  These educational background include “Marriage and Family Therapist,” “Mental Health Professional,” “Clinical Social Worker,” “Master of Social Work” and there are others depending upon your state.  These differing titles, therefore, lend to the ensuing confusion.

Psychotherapists are legally barred from prescribing medication and, depending upon the state where the psychotherapist is practicing, their ability to conduct and/or interpret psychological tests may be limited or barred altogether.

Deciding With Whom to Consult

Deciding whether to see a psychiatrist, a psychologist or a psychotherapist greatly depends upon the difficulties you or your loved one may be facing and the level of danger to self or others.  As discussed under “Working Together,” because each work with the others, any mental health professional would be better able to assess your situation and tell you your best route than can this article.  The first step is to speak and consult with any therapist in your area.