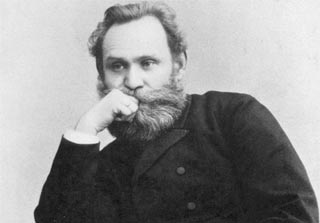 For undergraduate students of psychology, Classical Conditioning, a learning theory made famous by Ivan Pavlov in the early 20th century, is probably one of the harder learning concepts to master.  The theory is complicated.  Couple this with instructors’ over-reliance on using Ivan Pavlov’s dog experiment in explaining the theory and you have countless students spending many sleepless nights trying to understand Classical Conditioning and why dogs’ salivating would be placed so highly in the study of psychology (I certainly was one of those students).

The importance of the theory of Classical Conditioning lie not in the salivation of dogs, but in how it explains many behavior including phobias (see Little Albert experiment by John B. Watson), posttraumatic stress disorder (PTSD), drug addiction, and spontaneous recovery of previously extinguished behavior (e.g., addiction).  Classical Conditioning, along with Operant Conditioning (hopefully I will have an opportunity to write about that later), also help correct maladaptive behavior by breaking previous NS-US associations (you will understand this by the end of this post, I hope) and creating new ones.

As with many scientific discoveries, Pavlov’s discovery of classical conditioning was accidental.  He was originally studying the biological mechanism underlying the salivation of dogs in response to food.  However, as the experiment progressed and much to his irritation, he noticed that the dogs were salivating even before food was presented.  To understand the mechanism behind the behavior, Pavlov shifted the focus of his study to what we now know as Classical Conditioning.

Before we can tackle Classical Conditioning, there are three terms that we need to define:  stimulus, conditioned, and unconditioned.  I think this is where students often lose themselves.

From Neutral Stimulus to Conditioned Stimulus:  a “neutral stimulus” (or NS for short) is an object or event that typically does not elicit any response.  Example:  a pebble, tone, ringing of a bell, flash of light, certain colors, etc.  While a neutral stimulus or NS does not elicit any response, it can be paired with a US.  (In Ivan Pavlov’s experiment, a bell was rang prior to the introduction of food.)  After repeated pairing, the organism learns that the NS signals that the US is coming.  At this point, the NS has become a conditioned stimulus (CS) — the stimulus used to be neutral (did not have any value or meaning), but now signals that something is coming.  In Pavlov’s experiment, the dogs had learned that the sound of the bell (CS) signals that food (US) is coming.

Conditioned Response:  once the NS is paired with the US, the NS stops becoming neutral and becomes a conditioned (learned) stimulus.  The CS, because it signifies that the US is coming, triggers a response.  This response is called the “conditioned response” or CR (meaning “learned” response).  In the case of Pavlov’s dog experiment, the CR looks similar to the UR which is salivation.

Note:  in many, if not most, cases, the CR will not look like the UR.  For example, an abused child who is beaten repeatedly (the beating is the unconditioned stimulus — an organism does not have to learn that a beating is painful) elicits crying (the unconditioned response — we do not have to learn to cry in response to a painful experience).  Later, after repeated abuse, when the child sees the CS (can be a belt, or the stare of the abusive parent which signals that a beating is about to happen) the CS will elicit a conditioned response (can be running, hiding, etc.)  In this case, the CR of running or hiding can be said to be defensive and prepares the child for whatever the child expects to happen.

Classical Conditioning and Posttraumatic Stress Disorder (PTSD):  a squad of soldiers on patrol in a battle zone spots a disabled vehicle by the side of the road (neutral stimulus — it has no value nor meaning except for the fact that it is a nuisance).  Unbeknownst to the squad, the vehicle is rigged with explosives.  Using their own vehicle to push aside the disabled civilian vehicle, it explodes (US — no need to learn that explosion can mean physical harm or death).  The witnessing soldiers then associate the vehicle, the weather, any everything in the surrounding (all neutral stimuli — stimuli that had no effect (emotional or otherwise) — become the conditioned stimulus) with the explosion and the threat to their lives and their squad members (the unconditioned stimulus).  Back home in the states, the soldier becomes hypervigilant to anything that resembles the battle zone.  The sight of a disabled vehicle (common in certain areas of Los Angles, but is now a conditioned stimulus) can trigger a conditioned response of panic.

The importance of Classical Conditioning in the study of psychology:  the successful practice of psychology relies on the practitioner’s ability to understand the cause(s) of maladaptive behavior.  From Classical Conditioning’s perspective, all maladaptive behavior are conditioned (learned) response.  By knowing the US, UR, and CS that drives the client’s behavior (CR), the practitioner can help the client extinguish problematic associations.  How?  That is where it really gets complicated, but it starts with identifying the CS.

The above explanation of Classical Conditioning is the foundation of the theory and may be oversimplified (especially as I tried to use it to explain PTSD).  Other factors affect how strongly an NS will be associated with the US.  These factors include the emotional state of the learner, the value of the unconditioned stimulus (food may naturally trigger a response, but not when the organism just had a big meal), other stimuli present as well as brain structures involved in processing and consolidating episodic memory (hippocampus) and emotions (amygdala).